Yerik has been serving the Agriculture Spares markets in USA, CANADA, UK, Europe, Australia, Russia and other CIS Countries, since its inception in 1991. The first "AVTAR" was Resource International, which germinated in Noida India in 1991 with a very generous start.

Sooner than expected, the unprecedented growth asked for bigger plant to be setup and eventually in 1994, the company shifted its manufacturing base to a bigger and more equipped industrial town Ludhiana , located 300km North of New Delhi.

The company maintains its growth trend since its inception. This remarkable feat has been achieved due to contribution of this dedicated team and the vision of the Top Management of the company . The vision, commitment and leadership of Mr. M.K. Chopra, the CMD of the group, has defined the culture of Yerik group, since the times of Resource International. The same values,vision and commitment, have seeped into the paraphernalia of YERIK by virtue of the substantial involvement of its proprietor, Mr. M.K. Chopra into the working and trendsetting activities of the company, with him being the mind and soul of the group 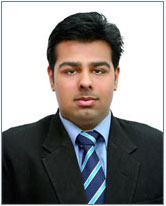 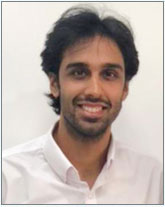 His son, Mr Tanav Chopra, who graduated from the University of Wales (MBA) and joined the company in 2007 and has been sharing increasing responsibilities and now is actively controlling the Marketing and Operations of the company. Since his joining the company has been able to maintain its growth trend, even in tough times, with a steady growth each year.

Mr. Pranaav Jerry Chopra, younger son of Mr. M. K. Chopra and brother of Mr. Tanav Jimmy Chopra is an International Badminton player. He has won many international tournaments including Commonwealth gold medal.He has recently joined Yerik. He is learning the processes/practices of industrial operations and also visiting foreign exhibition for business development.

The company has been able to build a strong team of around 800 dedicated people , who work as part of a large family. With needs driven by time, the company has vastly invested in developing a dedicated team of 50 engineers who are trained as a part of there development cycle. The operations are complimented with strong IT infrastructure